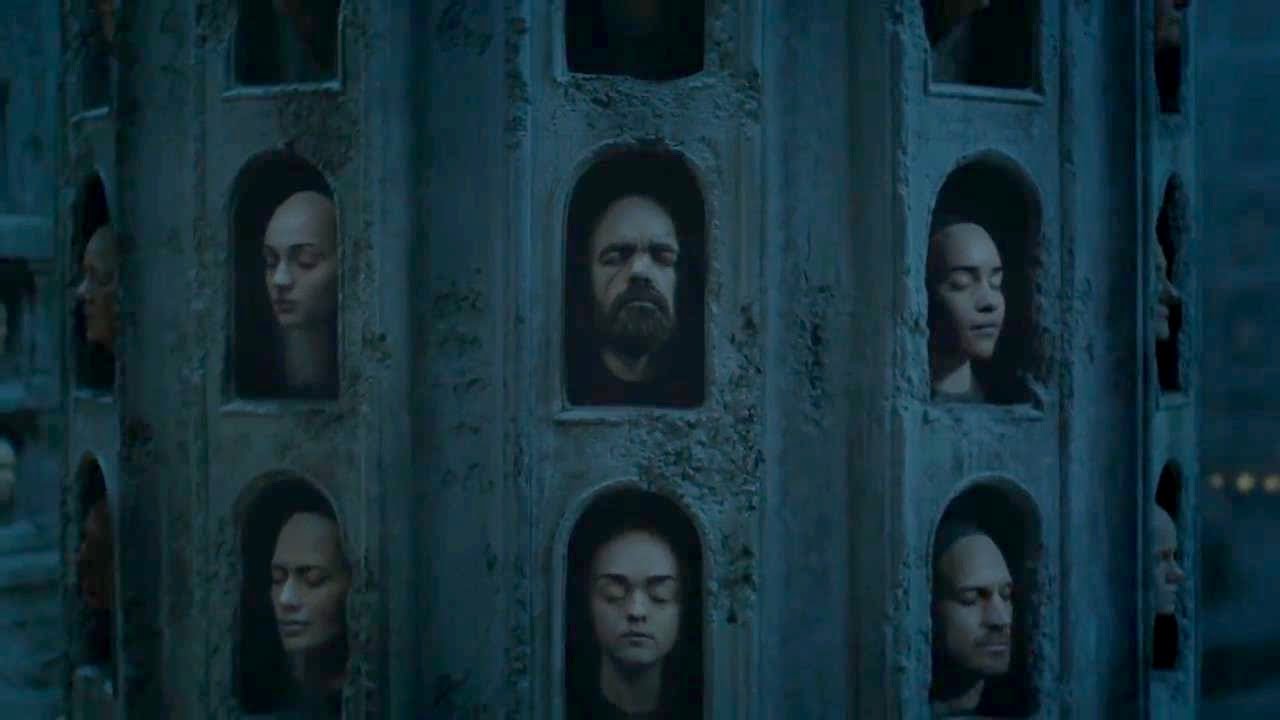 Without its signature character-driven complexity and story-building, Game of Thrones could quickly devolve into low-quality fantasy fanfiction in Season 8

After seven seasons of watching its meticulously-paced, wonderfully complex plot unfold, I’m worried for the final season of Game of Thrones.

Since it began in 2011, HBO’s Game of Thrones has managed to remain marvelously acted, well-produced, carefully written, and expertly shot — a truly impressive feat for a show of its scope and magnitude. And after years spent building a carefully plotted game board and arranging the pieces just-so, Thrones certainly deserves the praise of its quickly growing fanbase.

And even though the show’s source material, the A Song of Ice and Fire series isn’t yet finished, it seems that showrunners David Benioff and D.B. Weiss are on the fast track to the show’s finale. As Benioff explained in a 2016 Deadline interview:

“We wanted it to be one giant story, without padding it out to add an extra 10 hours, or because people are still watching it. We wanted something where, if people watched it end to end, it would make sense as one continuous story. We’re definitely heading into the end game now.”

Cue bittersweet emotions in anticipation of Season 8. Of course, Thrones will be missed, but we can rest assured that it will thankfully end when it should (a rare occurrence in the realm of popular television shows).

And in the recent wake of Season 7, Benioff and Weiss have certainly begun setting the stage for “the end game,” rewarding viewers for years of patience by throwing out intensely satisfying payoffs throughout the season…

GAME OF THRONES SPOILERS AHEAD

We held our collective breath as the Dragon Queen and the now-confirmed Dragon Prince clashed on Dragonstone (and later got cozy at sea). We smiled as our favorite ginger Wildling and our favorite heart-of-gold Clegane traded vulgar insults beyond The Wall. We cackled and rubbed our hands together as A Girl named Arya Stark began her long-awaited vengeance after years of leveling-up all over the Known World. Storylines converged, loose ends are being tied (Nymeria’s alive and well! Gendry survived his journey across Blackwater Bay! Bran’s safe at Winterfell—oh wait, he kinda sucks now and I’ll never forgive him for how he treated Meera), and the plot is moving along merrily.

SO MUCH has happened, and things are getting good as we prepare for “the end game.”

But while it’s exciting that Weiss and Benioff are willing to ramp up the pace, that speed should not come at the expense of quality. And after Season 7, I’m left with an uneasy feeling about Thrones‘ ability to deliver in the show’s final season.

Without the literary guidance of ASOIAF mastermind George R.R. Martin, I’m afraid that Game of Thrones is getting careless.

If what we saw in Season 7 is any indication, Benioff & Weiss seem to be focused on fast, cheap thrills, epic battles, ice dragons, zombie bears (??) and, above all else, paving the way toward their “end game.”

But here’s the problem: Thrones‘ success doesn’t come from its pacing (prior to Season 7, plot movement throughout the realm was annoyingly/realistically slow), its fighting and action sequences (for most of the series, these have been largely non-existent), or its fantasy elements. It never has.

The best part of the show is the fact that, despite the presence of ice zombies and fire-breathing dragons, Thrones‘ characters have always been the star of the story. For almost seven seasons, the show’s power has come from its refusal to rely on the flashiness of its special effects in favor of illuminating the internal intricacies within each of its characters.

Of course, the show has suffered from inconsistencies and some poor storytelling in the past: Littlefinger selling Sansa to the Boltons (here’s a great Paste Magazine article about how Petyr Baelish is far dumber on the show than he should be); Arya’s showdown with the Waif in Braavos (dark cave notwithstanding, there’s no way anyone recovering from multiple stab wounds could do most of the things she somehow accomplished during that fight); and, of course, Dorne. ALL of it.

For the most part, however, those plot lapses were few and far between.

But in Season 7, these inconsistencies gave way to some truly outlandish plot twists — apparently all for the sake of a quicker “end game.”

It’s why Jon Snow spends the entire season practically teleporting across Westeros to be present wherever and whenever the plot needs him. It explains Littlefinger’s incomprehensible actions in Winterfell that lead to his abrupt execution.

It explains the show’s most “WTF” moment: the formation of a literal suicide squad in Season 7’s penultimate episode “Beyond the Wall,” where some of the greatest minds in Westeros come together to 1) send a random band of clearly important, well-liked characters including JON F*CKING SNOW beyond The Wall to 2) capture a functioning wight so they can 3) bring it to Cersei in King’s Landing—you know, Cersei, the most paranoid, conniving and cutthroat Westerosi ruler since the Mad King—and 4) convince her to team up with them to 5) send all her armies north and 6) defeat the White Walkers. DON’T EVEN GET ME STARTED ON THIS. I still don’t understand.

In short, it seems like Benioff and Weiss were so focused on getting the plot from Point A to Point B that they forgot to think through any of the details and didn’t even bother.

Speed leads to plot development because the plot demands it, rather than plot development that stems from the characters and their personal motivations. And in a show like Thrones, speed can kill.

Speed is no substitute for quality, and Thrones seems to be barreling toward a finale while disregarding the seasons of careful character-driven plot building that made it so good in the first place.

I’m worried that, after six-plus years of investing in a huge collection of amazing character studies, Benioff and Weiss will foresake them in Season 8, instead indulging in more plot-driven action and gimmicky “OMG” moments (much like those we glimpsed in Season 7).

I’m worried they’ll try too hard to appease the fans who just want to see dragons and zombies and battles, the same people who insist that the fantasy element of Thrones should excuse it from realism. “It’s a fantasy show,” they laugh. “Who cares how Jon pulled himself out of frozen, zombie-infested water while wearing 12 layers of furs? There are DRAGONS flying around!”

I get it; it’s easy to ridicule anyone complaining about “unrealistic” details in a fantasy show. But suspension of belief can only go so far. Fans of fantasy shouldn’t have to accept poor writing, lazy inconsistencies and awkward pacing — especially when it comes to Game of Thrones, a show that’s managed to maintain an impressive level of quality in all aspects of writing, acting, and production for almost seven seasons.

So here we are, impatiently waiting out the excruciating hiatus that separates us from Season 8. And I’m begging David Benioff and D.B. Weiss: please don’t give in to these people. Don’t sacrifice seven seasons of quality for mindless action and cheap thrills. I promise we can get excited for a quiet, character-building moment just as much as we can freak out about zombie bears or dragon battles.

We want a final season that, above all, continues our favorite characters’ personal journeys, the ones that have kept us enraptured and devoted to the show. We need payoffs that fit these characters’ motives and complete their arcs. We have to know that Thrones hasn’t spent eight seasons meticulously building an elaborate labyrinth of fascinating character-driven plots, only to see the plot bypass all this complexity in order to simply cross the finish line.

A tree fell over in the woods behind our house, but it's still alive and growing these lil wispy bbs? And every sunset gives them this ethereal glow where it looks like they're woodland fairies and it's honestly really breathtaking #nofilternecessary
Hey friends. How are you all feeling lately? Things still look bleak in the world, but lately I'm inexplicably more energized and hopeful. Maybe it's the weather? Anyway I know not everyone's feeling this way, so if you need to vent or just want to catch up, please feel free to reach out. Also I'm starting to dig my 24/7 zero makeup face after a long period in my life of feeling self-conscious about it. That is all 🤷‍♀️
Breakfast outdoors ft. my portable foot warmer
Snapshots from lockdown, where I'm pretty alarmingly content
Joan Snow is producing a bountiful harvest this year. This was from SEVEN minutes of brushing 🤷‍♀️ #sheddingseason #yourhairiseverywhere
We legitimately hiked 8 miles up a mountain for this view of Killarney (it didn't disappoint) 📷: @frankie_gii • #acciogiannetto #honeymoonthrowback #irelandroadtrip #gapofdunloe
%d bloggers like this: