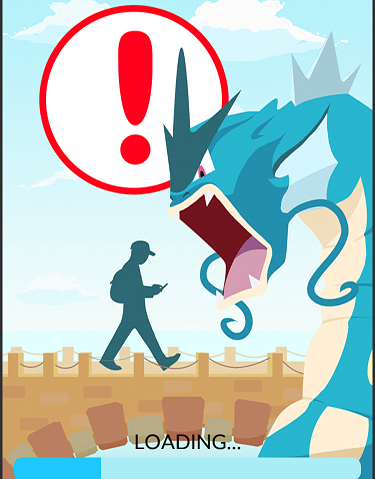 It’s been almost a week since Pokémon Go was released here in the United States and, of course, craziness has ensued. As a long-time member of the unofficial Pokémon appreciation community, it’s safe to say I’ve been waiting for this game for what basically amounts to my entire life as a sentient being.

Saying that Pokémon Go has taken the country by storm is a huge understatement – if you don’t believe me, get your head out of your butt and use the Google machine – and I’ve never felt so validated.

If I could tell 9-year-old Christine that being able to name all 150 Pokémon or identify them by their silhouettes would one day be considered even remotely “cool,” that near-sighted nerd would’ve hyperventilated herself to death. Or she would’ve started singing the “Pokérap.” It’s a toss-up. Probably the latter. I’m currently singing the Pokérap now.

There’s a LOT worth nerding out about when it comes to Pokémon Go. Presumably, anyone reading this blog already understands and fully accepts those reasons, so I won’t detail them here.

But just to name a few: 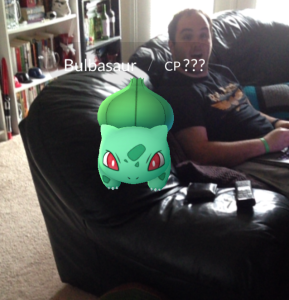 More hilarious Pokémon Go screenshots here: Here Are The Funniest Screenshots From ‘Pokémon Go’ (and really anywhere else on the Internet).

What I DO want to discuss is how the outside world perceives this new societal nerd-gasm.

Does Pokémon Go have its issues? Absolutely. At this point, I’ve run into more errors and “our servers are down” messages than wild Rattatas — and that’s saying a lot (although updates to the game are soon to come, so I expect errors to greatly diminish within a few weeks).

And obviously, it’s not a pure Pokémon experience if you can’t battle with your core 6 party of Pokémonsters to catch even more Pokémonsters.

But since the game was released in early July, it’s been getting major attention virtually everywhere because, well, a crap-ton of people are playing it. And not only are they playing it – they’re talking to their friends about it, meeting in groups to use a lure and catch more Pokémon, using social media to bond over it, etc. At first, it began with articles like “What the whaaat is Pokémon Go?” and “Here are the coolest things about Pokémon Go!”

Lately, however, it seems that the media has found a way to mislead the public into viewing Pokémon Go as a menace to society — a dangerous game that’ll climb in your windows, snatch your people up if you don’t hide ya kids/hide ya wife.

I’m talking about “news” articles like this one from E! Online, titled Here’s Why the Internet Won’t Stop Talking About Pokémon Go—and Why It’s So Dangerous.

Clickbait through and through — especially for Pokémon Go users who actually know how the game works.

Let’s get a few things straight: Reporting that someone “fell off his skateboard and drew blood” or fractured their foot from falling into a ditch frankly doesn’t qualify as news. If you can’t accept the fact that people are glued to their phones and tend to ignore their surroundings in today’s overly-connected world, you probably shouldn’t be reporting any type of news.

The loading screen that displays every time the app opens should be enough of a common-sense reminder for users not to hop on their skateboards or walk into open ditches while playing — although if you need a reminder for that, maybe find a different hobby that doesn’t involve paying attention to your mobile device whilst in motion. Or this article from Forbes, titled Robbers Used ‘Pokemon GO’ To Lure Victims, which implies that players can “alert strangers of [their] future location.”

Let’s get something else straight – using Pokémon Go to give others your location is NOT a thing, and from the sheer amount of news outlets that seem to think this is the case, everyone needs to do a little more research before insulting the intelligence of players or denouncing the game. It’s safe to say that anyone reporting that players can use the app to “locate victims” doesn’t know what they’re talking about because that’s not how the game works. News media needs to do their research before reporting fear-mongering stories about how technology is bad and everyone’s out to get you.

With that being said, it IS important to note that a certain level of personal responsibility must be employed when using this app. Just like you can’t claim it’s Apple’s fault if you crash your car using FaceTime while driving, the same goes for using Pokémon Go. You are ultimately responsible for making sure you don’t wander around shady parts of town, walk around late at night, walk around alone, or any combination of the above.

And some articles bring up good-to-know information, like addressing concerns that connecting your Pokémon Go account with your Google profile may cause safety concerns, since location-based apps always come with some risk:

We recently discovered that the Pokémon GO account creation process on iOS erroneously requests full access permission for the user’s Google account. However, Pokémon GO only accesses basic Google profile information (specifically, your User ID and email address) and no other Google account information is or has been accessed or collected.

Once we became aware of this error, we began working on a client-side fix to request permission for only basic Google profile information, in line with the data that we actually access. Google has verified that no other information has been received or accessed by Pokémon GO or Niantic.

Google will soon reduce Pokémon GO’s permission to only the basic profile data that Pokémon GO needs, and users do not need to take any actions themselves.

But as with everything in this information-saturated world, doing your own research is essential. Becoming a Pokémon master comes with a lot of responsibility – but I figure if 10-year-old Ash Ketchum can handle it, we should all be all right.